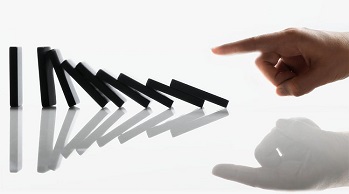 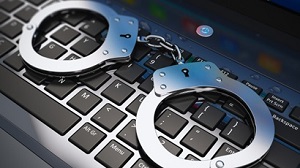 Ransomware is a type of malicious program that infects your computer and then locks your screen or encrypts your files. Then a “ransom” is demanded to release your data. Most ransomware arrives as an email attachment, along with a message encouraging you to open the file. You could also browse to websites that push malware onto your system without your knowledge.

This particular form of malware is tricky because these emails appear to be legitimate and can be professionally written with proper grammar and spelling. They could embed known trustworthy website links into the email message which may infect your computer.

Once the ransomware has infected your system, your files are locked with an encryption key that is only known by the attacker. Then you are prompted to pay the criminal to provide the key or else they’ll destroy your decryption key. Often there will be a limited time to pay the ransom, typically within a few days. The criminals are not typically interested in your data at all; they simply want you to pay off the ransom.

– Regularly update your software, programs, and applications to ensure you have the latest versions. Software companies and hardware companies are constantly updating their systems with new security measures to protect against the latest vulnerabilities. Use Windows update and enable automatic updates for all programs.

– Be very careful about opening email attachments. Be very wary of clicking links in emails, as they may take you to a malware website.

– Back up important files using the 3-2-1 rule: create 3 backup copies on 2 different types of media with 1 backup in a separate location.

– Train and retrain employees in your business. Your users can be your weakest link if you don’t train them how to avoid malicious emails and other threats.

– Do not open e-mails that invite you to participate in surveys, contests or other events from companies that you usually don’t deal with, or names you don’t know.

Understanding ransomware and taking steps to prevent it will go a long way to protecting your company from this threat. For professional assistance with understanding how to secure your network against ransomware and other network attacks, contact your Abilita consultant.

admin@abilita.comHow to Avoid and Protect against Ransomware11.08.2016
read more

NEW YORK, NY – September 21, 2016 – Abilita, Inc., is expanding to the New York Metro Area for the first time.  Abilita, recognized as one of the largest independent telecommunications consulting firms in North America, has tapped Dennis Goodhart of New York, a thirty-plus-year industry veteran, to head up the New York office.

Abilita General Manager, Derek Atkins, said, “We are very excited about our New York expansion.” He added, “New York City is a perfect market for us, and having a veteran like Dennis head up our efforts there is quite a coup. His experience in telecommunications and IT infrastructure will prove invaluable as we continue to reduce our client’s telecom expenses and offer independent consulting advice on the latest technology to help our clients expand their business.

Goodhart, founder of IP Network Consulting, is enthusiastic about the expansion: “Abilita has always had a great reputation in the telecom consulting industry.” He added, “while they have offices in many major markets, they had just never hung a shingle in Manhattan. I’ve been in this town all my life, and this is a perfect opportunity to expand my practice and provide a broader range of services to new and existing clients. ”

When it comes to business communications technology, Goodhart does not subscribe to “one size fits all.” Having come from a combined business and technology background, he understands that every business is different, and that each, unique customer requires technology that will meet their specific requirements. “Having the resources of the Abilita network of telecom consultants gives us the ability to provide additional expertise and service our clients all across North America.”

About Abilita – Founded in 2004, Abilita, Inc., is an independent telecom consulting firm with offices throughout the U.S. and Canada. They’ve recently expanded to Philadelphia and Vancouver BC, in addition to New York. Abilita provides independent audits of telecom and data expenses as well at outsourced telecom management.

About Dennis Goodhart / IPNC – Dennis Goodhart is a Telephony and IT Communications industry veteran with more than 30 years of experience and expertise. He has designed, developed, negotiated, implemented, and managed global mission critical projects of complex technology to meet client needs. Goodhart founded IP Network Consulting (IPNC) in 2007 on the belief that business communications technology is a key asset in creating and running a successful business.