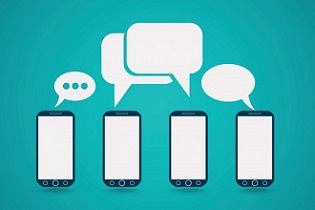 It’s been 25 years since the world’s first-ever text message was sent, an innovation that has shaped modern communication.  The first text message was sent in December 1992 by British engineer Neil Papworth to an executive at Vodafone. It was sent as the company celebrated its Christmas party and read “Merry Christmas”.

That first SMS (it stands for short message service) wasn’t even sent on a mobile phone. Handsets could only receive messages, not send them, so Mr. Papworth typed out the message on a computer.

It took nearly a year to develop the technology for phones to also send text messages, but took several more years for texting to catch on. It was in 1993 that Nokia introduced the SMS feature on its handsets, with a 160-character limit. In 1999, the text messages could be exchanged over different telecom networks, and the first emojis were created in Japan.

Papworth says about the SMS, “In 1992, I had no idea just how popular texting would become, and that this would give rise to emojis and messaging apps used by millions.” SMS can be considered the first step towards the modern smartphone.

Wim noted “As we were located in the mid-Atlantic area, and so close to DC, our office often was awarded new products or technologies to try”. “One day some office personnel and we sales types were all trying a new technology…Send a TEXT message! We stood next to each other and typed HI (4×2, 4×1) soon a very analog looking HI showed up on our phone’s screen.”

“Others tried more complex notes like HI KAREN.  I remember thinking…wow, kind of neat, but kind of clumsy…why would anyone want to do this on a regular basis? I’d rather push ONE BUTTON (speed dial back then) and TALK to my contact.”

Pretty amazing to think we’ve gone from
This: 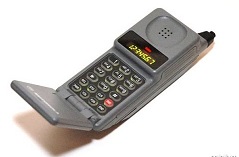 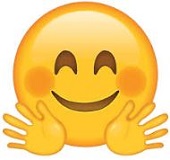