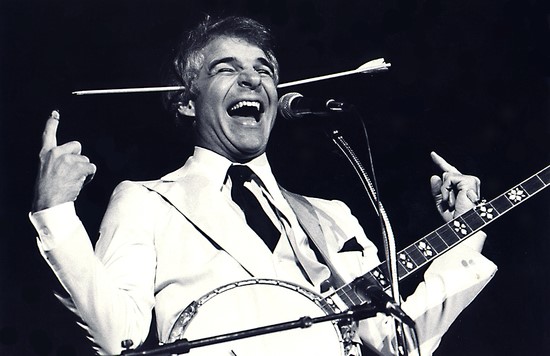 ​It was 1955 and Disneyland had just opened in Anaheim, California when a ten-year-old boy walked in and asked for a job. Labor laws were loose back then and the boy managed to land a position selling guidebooks to visitors for $0.50 a piece.

Within a year, he had transitioned to Disney’s magic shop where he learned tricks from the older employees. He experimented with jokes and tried out simple magic routines on the visitors. Soon, he discovered that what he loved was not performing magic, but performing in general. The young boy set his sights on becoming a comedian.

Once he entered high school, he started performing in small clubs around Los Angeles. The crowds were small and his act was short. He was rarely on stage for more than five minutes. In one case, he literally delivered his standup routine to an empty club.

It wasn’t glamorous work, but there was no doubt he was getting better. His first magic routines would only last one or two minutes. By high school his material had expanded to include a five minute skit and then a ten minute show. At the age of 19, he was performing weekly at clubs for twenty minutes at a time. Of course, he had to read three poems during the act just to make the routine long enough, but still. He was improving.

He spent another decade experimenting, adjusting, and practicing his act. He took a job as a television writer and, gradually, he was able to land his own appearances on television shows. By the mid-1970s, he had worked his way into being a regular guest on The Tonight Show and Saturday Night Live.

His name was Steve Martin.

Comedy is not for the faint of heart. It is hard to imagine a situation that would strike fear into the hearts of more people than failing to get a single laugh on stage. And yet, Steve Martin worked at it for 18 years. In his words, “10 years spent learning, 4 years spent refining, and 4 years spent in wild success.” His story offers a fascinating perspective on motivation, perseverance, and consistency.

Why do we stay motivated to reach some goals, but not others? Why do we say we want something, but give up on it after a few days? What is the difference between the areas where we naturally stay motivated and those where we give up?

Scientists have been studying motivation for decades. While there is still much to learn, one of the most consistent findings is that perhaps the best way to stay motivated is to work on tasks of “just manageable difficulty.”

The Goldilocks Rule states that humans experience peak motivation when working on tasks that are right on the edge of their current abilities. Not too hard. Not too easy. Just right.

Martin’s comedy career was a perfect example of what The Goldilocks Rule looks like in the real world. Wanting to improve your life is easy. Sticking with it is a different story. If you want to stay motivated for good, then start with a challenge that is just manageable, measure your progress, and repeat the process.

Your Abilita consultant, with many years of experience in the industry, has that same motivation and dedication. This helps to ensure they get things right and provides you with the confidence you are looking for when hiring a consultant.

admin@abilita.comThe Goldilocks Rule: How to Stay Motivated in Life and Business10.31.2017